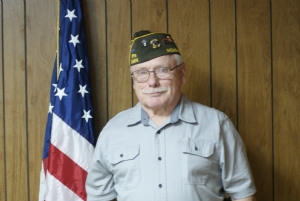 Assigned to the 2/8th Mechanized, 4th Infantry located in Pleikue, Vietnam June 1969-June 1970. Promoted to Sgt. E-5 and served as a Squad Leader. After his Vietnam tour was assigned to Ft. Riley Kansas,1st Infantry Div. until discharged in January 1971.

While on disability and recovering from an on-duty injury, was elected to a one-year term of the Walled Lake Consolidated School Board, 1981-1982.

Moved to Fowlerville in 2003. Is a Deacon at Antrim Baptist Church and is an Ordained Minister of the Gospel.   Elected to the Handy Township Board of Trustees in 2016 and re-elected in 2020. Appointed to the Township Planning Commission 2021.

Favorite quote: "If not me, then who"